We strive to protect the integrity of the parent child relationship against outside forces seeking to interfere with parental responsibility.

This includes reforming Child Protective Services to protect innocent families from traumatic investigations and removal of children. Since 2015, FFP’s team has been the leading architects of CPS reform in Texas, passing historic legislative CPS reforms in 2015, 2017, and 2021.

We have also been the vanguards in Austin watching for and blocking every attempt to subject Texas families to new and unnecessary intrusions by CPS into their lives and have brought national attention to the abuses of the CPS system through high-profile cases such as the Tutt family case and the Pardo family case.

In Texas, CPS is tasked with the incredibly important goal of protecting vulnerable children from abuse and neglect. However, because of nearly unrestrained power in the family courts and poor management, CPS has often become the source of trauma for many children, rather than their protector from trauma. By ensuring that CPS is focused on cases where children are actually in danger and by ensuring the minimum due process protections for families are built into the system, we can better protect Texas children and families from the trauma caused by unjust removals and also protect Texas children from the horrors of actual abuse and neglect.

However, defending the right of families to raise their children requires more than CPS reform. FFP’s team accomplishes this goal by protecting against the usurpation of parental rights from non-parents who may disagree with a parent’s legitimate religious, conscientious, or personal decisions regarding how to raise and train their child.

Parent’s have a fundamental, constitutional right to raise and make decisions for their children. A third party, or even a judge, who disagrees with that parent over their parenting style does not have the right to overrule the parent merely on the basis of that disagreement.

Sadly, many trial courts in Texas have forgotten this timeless truth.

A comprehensive study of appellate court cases in Texas by FFP’s team revealed that among all TX appellate opinions dealing with these constitutional rules between 2000-2019, appellate courts found that the trial courts had misapplied these rules and failed to protect parental rights 43% of the time. In mandamus opinions (an appellate review of a temporary order from the trial court), the rules had been misapplied 78% of the time.

These numbers show a systematic disregard for the constitutional rights of parents among lower courts in Texas, rights that have more than 100 year of clear protection under US Constitutional case law. 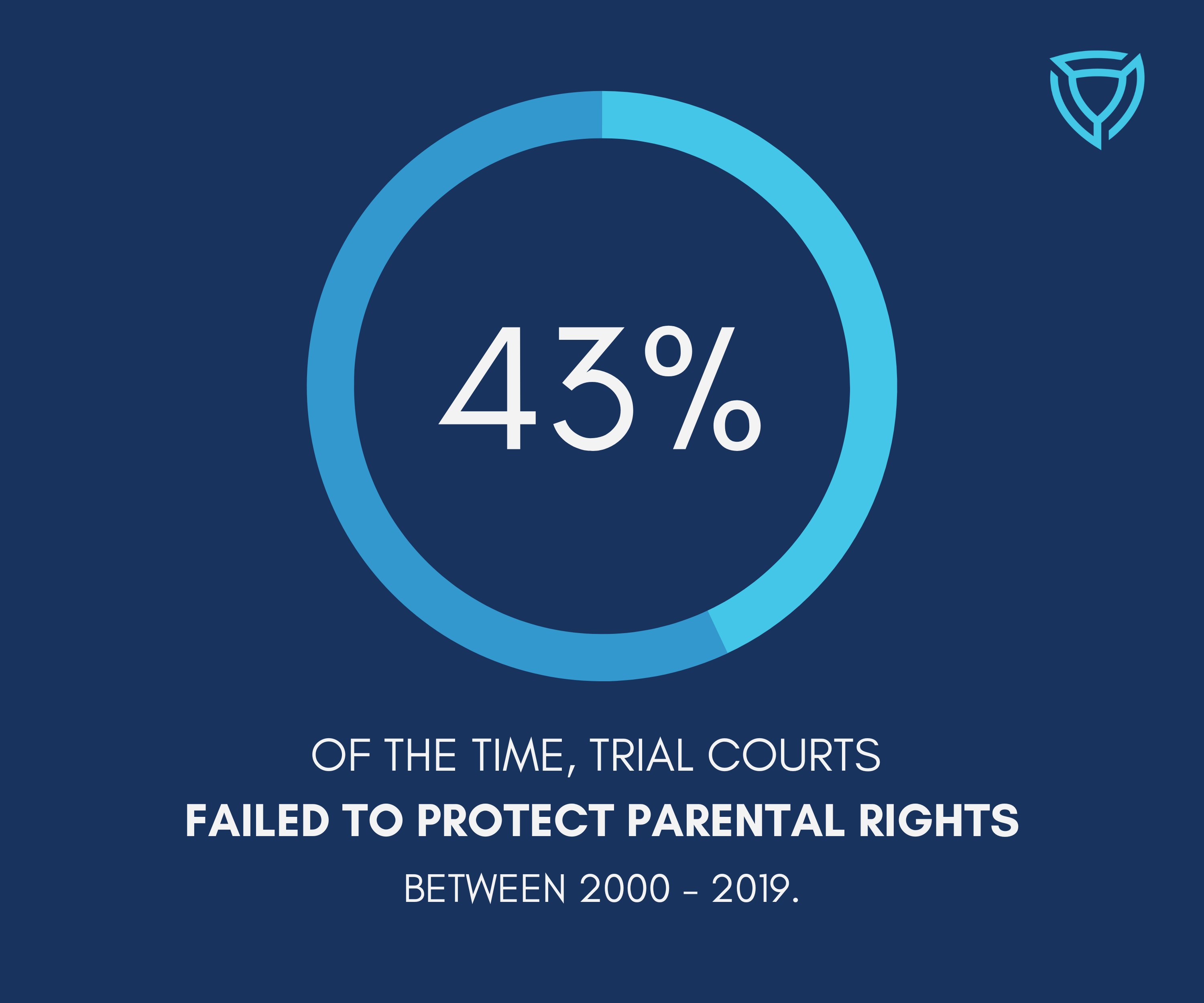 In short, when a parent finds themselves in court because a third party is seeking the power to make decisions for the parent’s child, that parent’s constitutional rights may only be protected if they have the money and endurance to seek help from a Texas appellate court after their rights were trampled by the lower court.

Legitimate parenting decisions once clearly understood to be the responsibility of the parent are now increasingly challenged in court by non-parents or state agencies who disagree with a person’s parenting methods. This has lead cases like the Clay family case, where FFP’s team helped defend the family before The Supreme Court of Texas when a non-parent who barely knew Chris Clay’s daughter was granted partial custody of his daughter. This enabled the non-parent to make critical medical decisions for Chris’s daughter and keep her at his house for days at a time. FFP’s team defended Chris and his family before The Supreme Court of Texas, ultimately securing the most significant parental rights victory in Texas history when the court unanimously send Chris’s daughter home and issued an opinion protecting millions of families in Texas.

We believe that a parent’s decisions regarding their child must be presumed to be in the child’s best interests and that third parties should only be able to interfere in those decisions if a court finds that it is necessary to protect the child from significant harm. This belief that parents are the ones tasked with raising their children is not only a foundational premise of western civilization, but is protected by 100 years of US Constitutional case law.

The family is the only institution in America with the God-given duty, ability, and self-sacrificing, love-centered motivation to do what is best for their children. If we fail to protect that institution, we do so at our peril. That is why FFP’s team is dedicated to tirelessly defending the right of families to raise their children.